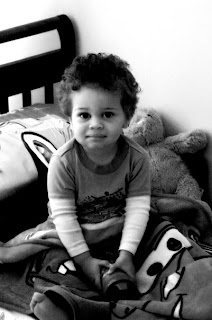 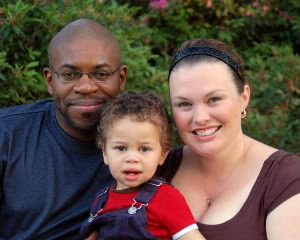 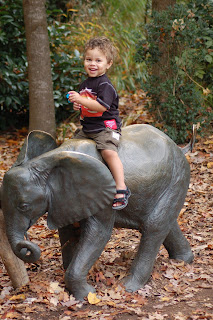 I nearly ended my relationship with Michael (my husband) because I was worried I was going to lose my family and they were all I had. I second guessed myself, asked what would I do if my relationship with this man ended, and I had already lost my family. I really hurt him during that time, but I had to figure out what to do, who was right, and if Michael was the man that I really was supposed to spend the rest of my life with. Thankfully my siblings were supportive of us.

To escape the pressure, Michael and I moved 100 miles away. He proposed to me on Christmas Day 2005, just six months after we met. We were married on July 27, 2006 in New York City. We eloped because of the family drama we were experiencing. I always thought my dad would walk me down the aisle, but in reality I walked myself. Amazingly I wasn't sad that day that my family wasn't there. It was a beautiful amazing day!

We have an amazing life. We have a two year old little boy who is the light of our life. He's beautiful, and I cannot imagine life any other way. I've heard from so many people about how annoying their husbands are, and all I hear are complaints out of them. I sit back and consider myself incredibly blessed that my husband and I have such an amazing relationship. He is my best friend, my life partner, and the very best part of me. We are going on our fourth year of marriage and most of the time it still feels like we are newlyweds.

I have a feeling that we always will because we don't take each other for granted. Somehow I fall a little deeper in love with him everyday, and I didn't know that was possible. I feel like we've grown into one another to the point that there is no me without him, and no him without me.

So, if I could address for a moment the people who still hold onto racism and oppose interracial marriage. You really need to wake up and realize that skin color doesn't measure a persons worth or a couple's ability to have a long and happy marriage. Skin color simply makes it a little more interesting to live our daily lives by giving us a beautiful spectrum of people to look at.

For anyone who questions interracial marriage because you think the children will be negatively affected, you obviously haven't met my son yet. Yes, he's only 2 years old but he's already displaying such amazing character that I have no doubt that he'll be able to handle anything that comes his way. We are bringing him up to be a strong biracial boy. He's neither white nor black, he's both, and that's what we're going to teach him. He will have a firm grasp of who he is because he's got two parents with a firm grasp of who they are. He is intensely loved, and is told that all the time. What else does a person need?

I venture to say that there are white kids and black kids in this country without a mixed heritage that won't grow up with such a firm since of self as my son. If anyone still opposes interracial marriage after all this, there's nothing else I can say to convince them. Their ignorance and outright stupidity is outdated, and they need to get over themselves.
Posted by Mixed and Happy at 1:23 PM

Spread the Mixed and Happy!

Accepting Mixed and Happy pictures indefinitely. Send them in and have them posted here.

Mixed and Happy
I'm Suzy, a magazine editor living in Florida. I am happily married to a firefighter, who I met in college. Together, we are raising our four beautiful, bi-racial children, ages 11, 8, 3 and 1. Like so many others across the world, we are a family who is mixed and happy.